A Chest of Curvy Variables

My name is Manny. This is not a story about me. I write for my mother - the broken one - don't know if she'll be strong enough to pen this herself.

I'd say I've seen couples in love, so deep that they seemed inseparable. But I'll also say I've seen a fragment of love break and dissolve; a fragment so pure, so strong, that I remember what hate is.

He would do the tiniest of things for her, not that he felt compelled to. He would adore her like the rubies that lay on the North Silk Road of China, that lay beneath the foundations of buildings to secure good fortune to structures. Our home was like the Shelby Gem Factory, springing forth precious moments that some could only imagine. I and my sister would ponder on the sort of love that existed between our parents. Each day presented amazing pictures of love; of two that have lived so long with each other, yet, grown stronger like evanescence was nonexistent.

To say that this love between our parents brewed and drenched our souls would be litotic. I searched for my mother in every girl I met as though she were missing. Even the kindest of all girls couldn't fit through the door of the imaginary Academy of Affection I erected in my fantasy loaf. My sister would make outlines of a man deserving of her; all which reflected our father. "I'll only marry a man like dad", she'd say, "only a man like father would be worthy of my purity. I'll guard my chastity for such a man." Only little can be said to describe the depth of affection that dwelt between our progenitors. But it crashed before our eyes like fine snow that melts immediately at the awakening of 18° above 0°.

Some say father forgot how to listen to other women's voices. Uncle Runa says "diminishing return sets in when you listen to one voice for so long without the interference of another." Interference? Isn't that unfaithfulness? Uncle Runa said no matter how much love you have for Beans, you will grow tired and bored one day if you do not try other delicacies.

"Are you saying infidelity is necessary?", I asked. "Yes", he affirms. "It keeps the mind sane while carrying out checks and balances . If your father had tried noodles or plantain in-between meals, he would have appreciated Beans the more. I'm not saying he should have gone for pounded yam or moin-moin, that'll probably be going overboard. However, nothing stops a man from having appetizer before the main dish or dessert afterwards. It's only variety, it doesn't displace the main dish. Now the worst has happened. Your father is not even trying appetizers and desserts, he has changed his main dish. Who would have thought your father would be one to love Rice? Variety is key Manny." It's astounding to see my mother become a dish that can be replaced by another by the man who so loved her like it was the only right thing to do. 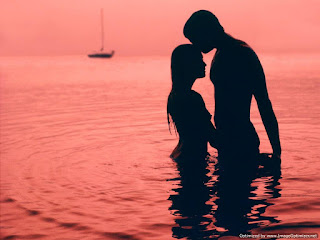 My mother was a great ballerina, even at the age of 48. My father adored each performance: the swaying of hips, the poise, the elegance, the balance, the pointe technique that extended her feet, the port de bras that had her arms moving into different positions, the bravura that displayed her prowess to create complex steps in beautiful sequences. Each performance was a tale of its own grace. My father had watched other ballerinas, as a matter of fact, criticized quite a few but not Rachael.

It was a Friday night. We sat in Kpambo Hall watching other ballerinas. This was quite the norm when mum wasn't performing. She would sit next to father as we watched. As we cheered and smiled through the show, up came this ballerina who changed the trajectory of our lives. We never were to remain the same, neither were we to depart as we came. Her strokes, her ballon, her split, all so dignified. Her grand jeté; leaping with tales of romance that cut through each curve of her divinely carved body. The pirouette, that created flashes of glamour and mystique that leaves the mind wandering in the allure of new and untasted eroticism. Such was my father's inner enterprise. His eyes swept through her body with beams like sapphire that begged it's subject to possess it. He gazed at her in a rare but familiar way. The way he only gazed at mother. Mother looked at him as he looked at Rachael, and he didn't even notice her staring. Rachael was the entire center of his eyes. He had become a captive of her feline bewitchment.

That night, I saw a spark in father's eyes like the stars in a twilight dark sky. One I had never seen before.

Mother looked at him, and at that moment, she knew she lost some of him that night - the sadness in her eyes - unable to stop the inevitable.

Here we are. In a future that snatched the promises of the past. My sister will no longer search for father in her swains. How can a love so strong, so pure, stagger at the blink of a raisin? "If love can vanish so skillfully, I rather find me a man with little or no affection for me, so that when it goes, I would be oblivious because it was never there at the first place. How can you lose something you never had?", my sister cried.

Perhaps, you're wondering if father switched his main dish. He did - a discussion for another time. But then, he came back to mother and begged to love her again. Diminishing return had suddenly disappeared. She was all he wanted once again. Uncle Runa said father only needed to taste rice; beans will always remain his favourite, but a little variation will keep his craving for his main dish alive. But mother would no longer present herself to be adored. She would no longer be his muse. He was welcome to share her bed but she no longer wished to see him gleam for her. She would not allow affectionate swank join them in bed. He was free to have her as dessert, and if she was the main dish, she preferred not to know. It didn't matter. She would not accept this love anymore.

In the midst of all these, I yet desire to smother my bride with dazed affection like father once lavished upon mother. To adore her like the orchid of the Villa Doria of Rome, and grace her every passing day with tranquility and passion.

And now I'm thinking if one day I'll grow weary of Beans
If I'll need appetizers and desserts
If I'll need to switch dishes
Just for a while
After all,
Variation is key

But then I'm also thinking,
I wouldn't need to switch
Alteration is better
The same dish may be revised
My staple dish may be modified
Refashioned
Transformed
Revamped
Remolded
Reformed
Refined
Evolved
Metamorphosed

For hunger will always strike a man
And while variation is key
Contentment is the door.