I Want No AM in My Sevens 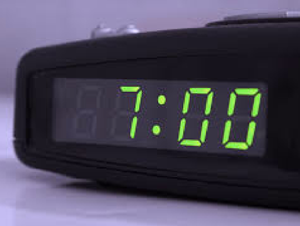 I was on my bed on a cold Autumn morning in Stavanger Norway at exactly 7:00am, trying to figure out where my life was heading to when a friend of mine in faraway Lagos Nigeria buzzed me via Facebook Messenger asking if I knew where Isolo Local Government office was; a place that happens to be in Lagos Nigeria. I mean, was I the right person Kayo should have asked? I laughed because I assumed he was joking - one of those means to get someone's attention. And so I replied with a laughing emoji and enquired about his welfare, but he asked me again about the location of Isolo LG office. Once more, I suspected he wanted to mess around with me a bit, and so I replied with a laughing emoji again and ignored him while I replied other people's messages with the intention of getting back to him so we can play this little game of his. I saw more messages about Isolo LG office pop in from him as I chatted with other people, and then I wondered why someone will be so dogmatic about playing an unnecessary game. I needed to carry out a research on a project I was working on and so I got carried away and forgot to reply Kayo. Later that day at 3:34pm, I went through my phone and saw that Kayo wasn't joking after all.


Numb was how I felt. I just didn't know what to do. As I buzzed him on Messenger to enquire about his rigmarole, I prayed and hoped he was able to find his way to the place. Kayo read all of my numerous messages without replying. I called him severally on his phone with no response. The following morning at 7.00am, Emeka buzzed me on Messenger and narrated how sad and pissed Kayo was for missing the interview.


"He blames you for this Joy
...You should have replied him"

I felt insensate - I couldn't feel my face with my hands.

"I feel so sorry and terrible Emeka
...I wish I replied Kayo
...But how would I have really helped him find his way to the venue through the phone?
...He didn't even know where he was
...It's not as if we were in virtual reality"

"It doesn't matter Joy.
...Your response could have probably helped or not helped but your silence made you the villain
...I do not mean to throw stones at you but Kayo is really hurt
...He describes this as 'friends not being there for you when you really need them'.

"Emeka I honestly thought he was trying to be funny that morning, maybe trying to play a prank on me"


Who truly pulls a prank off at 7:00am? I wouldn't say I don't like life lessons, but this one? I so hate! I've been feeling horrible about myself up till now and I'm not sure of what human flaw to blame this on. The problem now is that I read every message of every Tom, Dick and Harry; replying to most of them, most of which are very unimportant and extremely time wasting. One ordeal with Kayo has turned me into a read-and-reply junkie. And when I decide not to read or reply anyone's messages, all of The Kayo Episode come rushing back to me like a constipated bowel stool, and the thought of being a villain in someone else's life series saps breath out of me; causing my heart to skip a beat. Truth is...I need help.


On this beautiful Wednesday, as I narrate this story, Khalid buzzed me on messenger at 7:01am, begging me to make him a pot of Nigerian locust beans stew ASAP. I'd normally like to ignore this but I'm afraid that if he falls sick of ulcer, everyone will bury their fingers in my forehead. The confusing thing now is that my friend Oyin thinks this Kayo episode is actually a prank.


"J girl think like d script writer that u are. This Kayo palava is definitely scripted
...So you really believe dat there was no one around to give him directions?
...Even if that's the case, you also believe he had no GPS on his phone?
...And of all of the apps to uninstall it was Google maps? Not those stupid game apps on his phone?
...And what is he freeing storage for on a phone of 256GB?
...Or is it not iPhone 7 plus he still uses?
...All nah lie
...BIG and LOUD lie!
...Get your brain to work and stop feeling terrible about this whole nonsense!"